Did you know that May is National Beef Month? Cinco de Mayo is also this week, so what better way to celebrate than with these Mini Taco Pies? 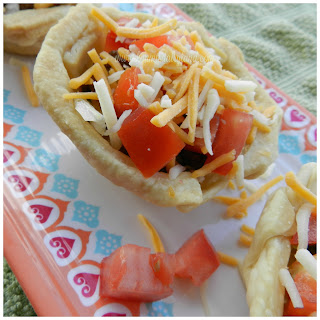 Indiana may not rank in the top five or ten in the nation in beef cattle, but it's an important part of our state's economy and agricultural landscape nonetheless. Not to mention beef is also good for you. For more about the various cuts of beef, click here. 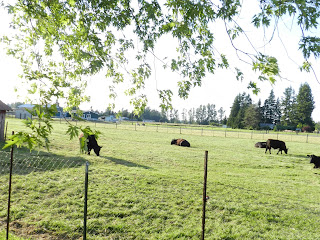 As with any type of farming, there are lots of ways to do it correctly. Choice is a wonderful thing--for farmers and for consumers. We have beef cows on our farm and they primarily graze the pastures in the summertime. Hay season is a big deal at our place in the summer, so there's lots of hay for them in the winter. We don't have automatic water troughs that automatically refill, so we check on it several times a day, especially during the summer when it's warmer. 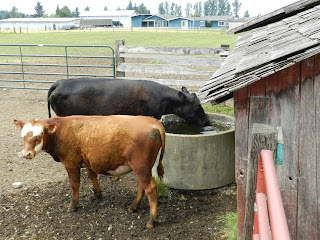 Beef cows are much lower maintenance (usually) than dairy cows. Maybe that's why my brother likes them so much better. And since he's the one at home running the farm, he gets the final say in that. It's true that dairy cows do take more work and attention. After all, they need to be milked twice or three times each day. They need to be fed (like the beef cows do). Calves and other youngstock need attention also. There's a lot to do. 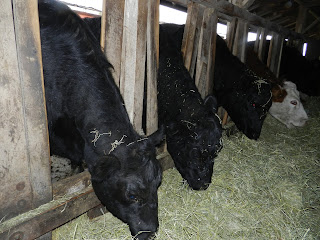 It's a bit more relaxed with the beef cows. We don't have to milk them and since their purpose isn't to produce milk, they require a lower energy diet. Milk production takes A LOT of energy! A lot of people ask me about the differences between dairy and beef cows. They say dairy cows look too skinny and that the beef cows look more "normal." Dairy cows and beef cows are built differently and for different purposes. Beef cows are for meat (which is muscle), so you want them to be a bit stockier. Dairy cows, on the other hand, produce milk. If dairy cows have a lot of extra weight on them for a long period of time, their bodies are not being efficient with converting the energy in the feed they are eating into milk. This can be a problem over time. There are times during a dairy cow's lactation when she has more weight on her, such as the end of her lactation.

If you are looking for an easy taco recipe, you and your family will love these. I got the idea for the taco shells from my cousin Alex. Last time he was in town, he fitted tortillas into a container and baked them to create taco shells. I had some pie crusts in my freezer, so I decided to try that instead. What a great idea! 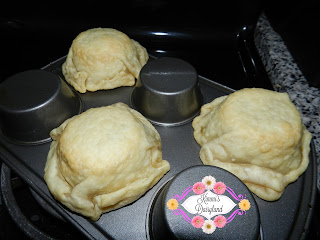