Summer is the time for barbecues and lots of get togethers with family and friends. If you are tired of the same old hot dogs and hamburgers, mix it up with these Pork Sliders with Apple Butter. 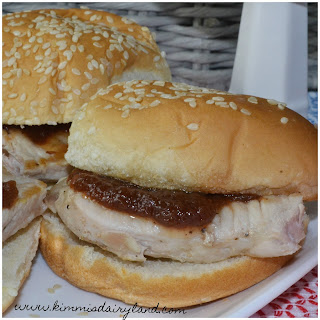 They're also great for those busy times of year when you need meals you can eat on the go. Pork burgers are a huge hit at the Indiana State Fair. Why not enjoy something similar year round?

If you're eating these in the tractor or somewhere else and don't want to make a mess, simply add less apple butter. Use it more as a spread and not as much as is shown in the photo.

Speaking of tractors, have you seen any on the roads this summer? Planting in April/May and this year replanting in parts of June brought lots of tractors and planting equipment onto the roads (more about planting here). Corn, soybeans and other crops are growing now, but tractors and equipment are still in the fields spraying for weeds. Most of this was already done. When corn reaches a certain height, it's best not to be out there driving in the fields. 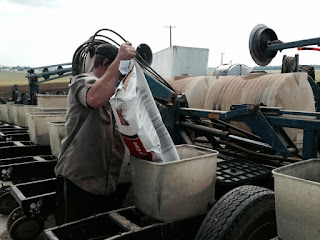 Pouring seed into the planter in the spring

Tractors are now out with hay equipment. Hay is dried grass and is fed to cows all year long, especially in those times of the year that the grass isn't growing. Dairy cows that are fed a TMR (Total Mixed Ration...that casserole of ingredients that I've mentioned before), enjoy hay in their mix everyday. To learn more about how we make hay, click here. 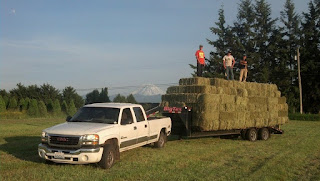 Putting in hay in the summer

Before long, it will be time to chop corn silage. The corn is chopped at a much higher moisture level than the corn that is shelled with the combine later in the fall. Corn is still green at this point. The corn shelled in the fall is brown since the moisture level is pretty low (usually somewhere between 13-15%). 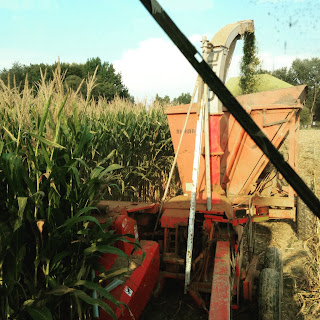 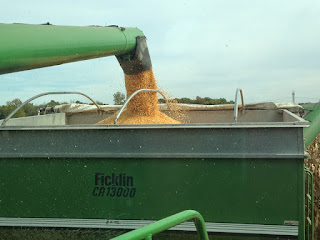 Shelling corn in the fall


Regardless of where your farming activities or other adventures take you this summer, try out these sliders when you're looking for something new in your lunch box.