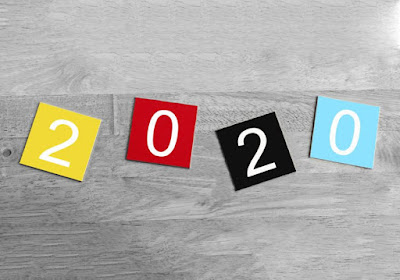 It's a new decade! I'm not sure why I'm so stoked about this, but there's something about 2020 that is lighting my heart on fire.

Aside from losing both Granny and Grandpa in the last four years, 2019 was easily the hardest year of my life. My health took a nose dive (hello, adrenal fatigue!), I learned more about handling an industry crisis that became a national news story than I could have ever imagined (at the same time, I discovered a passion for crisis communications) and I struggled so much in several areas of my life.

I struggled with my weight, but what else was new? That's been the story of my life until since I was 8 years old. For those of you keeping track, that's about 25 years. A quarter century.

I struggled until I met Morgan. Morgan became my nutritionist. One of the gals I met at a leadership training lost more than 20 pounds between sessions and I asked her how she did it. She sent me a referral. I saw the testimonials and the photos, but could this really work for me? I drug my feet for a while and it probably impacted my progress. It was worth it in the end, even if I was more than a little skeptical. Eventually, the new habits stuck. Fast forward from June to October and I made real progress. I didn't believe it until I saw my progress photo. What in the world! 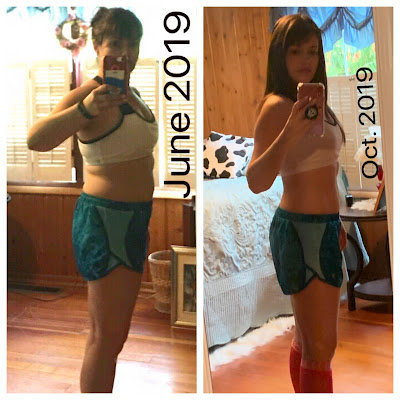 I also fit into my coronation dress from 2005 and it looked better on me now than it did then! Talk about a wake-up call. Something is working. 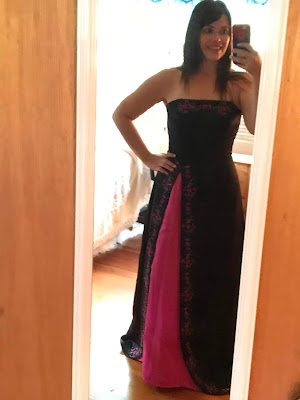 I struggled to not use a credit card. After 16 months of really hustling, working three jobs and having no life, I paid off about $58,000.00 on January 31, 2019. I understand why Dave Ramsey advocates for suffering (well, my words, not his) during this process since it makes you so sick and tired of being sick and tired that you never want to go back in debt. Although the idea of being back in debt terrified me, I still had the occasional urge to put something on a credit card. A year later, I definitely don't. The idea of having debt again makes me sick. Never again.

I struggled with feeling like I was enough. The words of an ex-boyfriend were in my head a little too often: I wasn't pretty enough. I wasn't skinny enough. I just wasn't enough.
You know what I have to say to that now? ENOUGH. I've had enough of all the things and thoughts that were holding me back. I'm just done.

Enough. I decided that is my word for 2020. I'm enough to have the career I dreamed of and to have an amazing relationship. Enough pretending everything is amazing when it wasn't. Enough of habits and social circles that don't serve me and drag me down. Enough of the bullshit online that makes putting up a facade instead of being genuine acceptable. Who has time for that?

I'm laughing because it seems like the universe threw so many grenades into my life in 2019. Was I THAT far off course that I needed these huge things to happen or go wrong to get me onto the right path?!

Finally losing the weight, becoming debt free, getting stood up (twice in one month...what is wrong with these guys?!), feeling stuck, losing sight of my identity outside of my career, being criticized by people who didn't know me at all, someone trying to make me cry at an industry meeting (fortunately, I’m stubborn and ornery and stood up for myself), finding some great online mentors, meeting an amazing community of people...it's for sure been quite a year.

All highs. All lows. I would sure love happy medium right about now.

As I write this, we are six days from my 32nd birthday. At the risk of sounding self-absorbed, I will admit that my birthday is my favorite holiday. It always has been. And a few months ago, I decided to start acting like it.
That day I booked a five-day trip to Florida for my birthday. That day would have been Grandpa's 97th birthday and I took it as a sign that this is what my soul needed. So, I listened. My intuition never steers me wrong.

This isn't just any trip to Florida. I'm going to Rise!!!! What is Rise? To say Rise is an energizing personal growth conference is the understatement of the century.

I discovered Rachel Hollis when a friend started an online accountability group for the Last 90 Days in 2018. Last 90 Days is about living the last 90 days of the year as intentionally as the first 30 of a new year. I watched the daily videos and read the emails. It was just what I needed.

The Hollis Co released a documentary that played in theatres during this time last year and it shifted something in me. It was the realization that I wasn't living up to my full potential. What?! How could this be? I have the career I've always dreamed of and I’ve given up everything for it. Now, my neglected personal life was another story.

I signed up for her business coaching and it was amazing. So, when I saw there were tickets available for Rise ON MY BIRTHDAY, I immediately put it in the budget. If it's not in the budget, it does not happen because we don't do debt.

There are so many things I hate about social media, but I love how it brings strangers together as friends. We are six days from being together in an arena in Florida, but I already have many new friends from across the nation. Friends that are so positive, lift each other up and want each other to succeed. This is exactly the type of community I want to be part of.

I believe everything happens for a reason. When you're going through hell, just keep going. Hopefully, you'll learn something.

The list of lessons from 2019 is a mile long and for that I'm thankful. As hard as it was, I wouldn't change a thing. I wouldn't be where I am today without it.

So, to all the folks who told me I was boring, wasn't good enough, and said "I'm sure you're a really nice lady, but I'm going to shoot the messenger anyway," …

Thank you for unleashing something in me that I didn't know was there.

I am so excited for the new decade. The possibilities are endless, and I am thrilled to see where the next few years take me. Bring it! (But please, be kind! This is not a challenge. LOL)